The Best Spots for Ice Skating in Brisbane 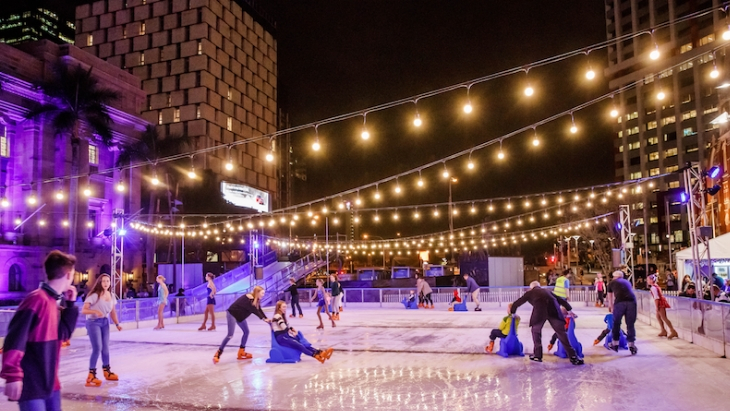 Is there anything cooler than ice skating (pun intended)? Think about it, you're gliding on a rink made completely of ice! Magic. Aside from being super cool, ice skating in Brisbane is great exercise, an awesome family activity year-round, and one of the best ways to cool down on a stinking hot summer day.

If you’ve got a little Nancy Kerrigan in your house (hopefully not a Tonya Harding!), check out these top spots for ice skating in Brisbane. And if you're out and about on the Gold Coast, we've got some ice skating options there too!

For some of the best ice skating in Brisbane, you can go past the Olympic ice skating rinks at Iceworld. Iceworld Boondall is just one of the rinks on offer at Iceworld and offers ice skating seven days a week, plus coffee skate sessions on Tuesday mornings! Kids as young as three can also enrol in their skate school (and they teach adults too if you’ve always wanted to learn), and you can have skate parties for kids from the age of four.

This one isn’t all-year-round but gosh it’s worth the wait! The Winter Village Brisbane has transformed Hamilton into a magical winter wonderland complete with icy igloos and, you guessed it, an ice skating rink! Hurry because the snow-filled festivities are only around until 29 August 2021.

Another ice skating rink on the Gold Coast, Iceland in Bundall offers casual ice skating as well as an ice skating school run by none other than Olympic figure skater, Sharon Burley-Sullivan! Ice hockey lessons are also on offer but for now, we'll just stick to shimmying our way across the ice with the kids, thank you!

Other Cool Things to do in Brisbane