Get Your Wobbly Pancake Fix at the New Gram Café 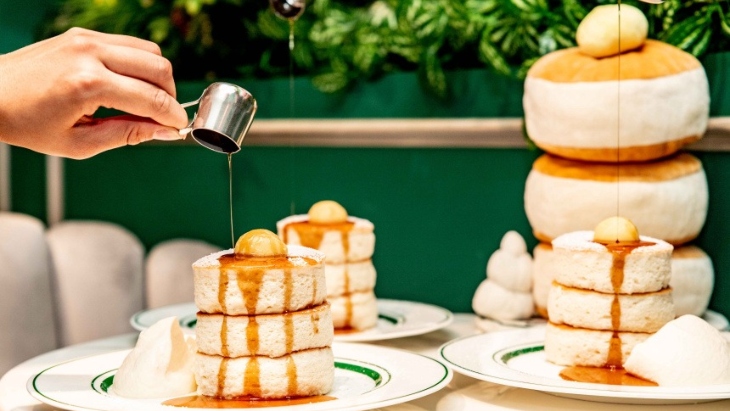 The Gram Café phenomenon is nothing new, having opened in Osaka back in 2014 and then making its way to Sydney in 2020, and now a second Gram Café has opened up in Sydney, which is a super sweet deal for those who live closer to the city!

The first Gram Café in Australia opened its doors in Chatswood and has already created quite the frenzy with every Sydneysider keen to get their hands on one of the many incredible pancake flavours on the menu, in particular their legendary soufflé pancakes.

But if you, like many who live closer to the city, can't be bothered to travel to Chatswood to get your fluffy pancake fix, you won't have to! A second Gram Café has opened in The Galeries on George Street and is already rolling out their famous breakfast-meets-dessert offerings to the masses.

So, What is a Souffle Pancake?

Unlike your usual flat-cake pancakes, souffle pancakes are devilishly thick (at least 5 cm!) and made using an egg-white-heavy batter that’s whipped, steamed under metal domes and then cooked. The wobbly creation is topped with fresh cream and is akin to eating a plate of fresh clouds.

To feast your eyes on their menu, visit the Gram Café website.

Other Sweet Creations To Try