What You Need to Know about Fortnite Monopoly 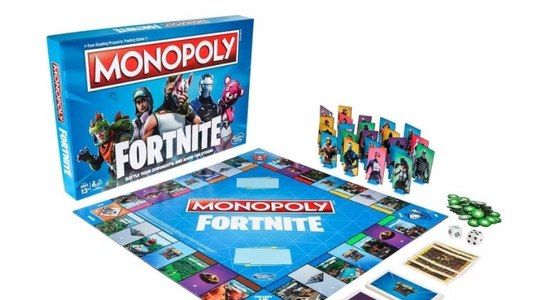 If you have a child old enough to speak, you have probably heard of Fortnite. The game that has taken the world by storm (pun intended) has now over 125 million people playing the game. By June 2018 the game had earned Epic Games, its producer, a whopping $1.2 Billion, yes that’s billion with a ‘B’. It has become so popular that Epic Games offered a staggering prize pool of $100 million for the leading players in the 2018/2019 season. It’s become so lucrative that some players have won in excess of $465,000.

With all these enticements, you can understand why some parents are so concerned about how much their children are playing Fortnite style games. Over recent years there has been a significant amount of study and conjecture over the dangers of video games. Some studies have found little connection between violent games and violent behaviours 2 whilst others see a linkage between video game experience and children behaviour.

One thing that is generally accepted is that the amount of screen time needs to be in moderation. So how can parents get their kids off screens and get them engaged, and importantly keep them engaged, in some quality family bonding time?

Well, it seems Hasbro has come up with at least one idea. What if you take an age-old family bonding staple like Monopoly, and combine it with something cool and new, like Fortnite? The answer is Monopoly: Fortnite Edition of course. Sound like something worth trying? Well then, here's a quick rundown about what you need to know about Monopoly: Fortnite to get you up and running.

Just like the original Monopoly, the name of the game is to be the last player standing, but this is where things start to get different.

At the start of the game, each player is given hit points (or health) instead of money. Just like money in the real game, the idea is not to run out of hit points. The board layout itself will appear familiar to the Monopoly enthusiast but the kids will relate to the property names as they are either items from within the game, or locations on the game map. The traditional player tokens that are symbolic of the game are also replaced with player skins from the video game.

The typical turn in Monopoly: Fortnite requires the player to roll the two dice. The first die will tell the player how many spaces they can move, whilst the other will describe the action they are to undertake. Actions can be anything from target any player in the line of sight (i.e. on the same side of the board) to inflict damage on them, through to regaining hit points through the application of bandages. A player that lands on a property space that is not yet owned will be given it for free rather than having to pay for it. If another player then lands on that property they have to pay the too-much bank (not the owning player) the number of hit points indicated on the property card. If the owning player lands on the property, well you guessed it, they get that number of hit points from the bank.

This Is Where It Gets Complicated...

Sounds simple so far…. Right? Well, this is where the cards start to complicate things. Instead of the traditional railroad spaces, Monopoly: Fortnite has Loot spaces that allow the players to pick up a loot card. These cards are either one-time use cards or cards that instil re-usable powers such as increasing the damage you can inflict on your opponent.

The other kind of card is the Storm card. Each player will collect a Storm card in addition to two hit points when they go past Go. Storm cards are placed onto spaces around the board. If placed on a property space, the owner of that property loses it and turns the property card upside down to reveal the storm side of the card. Any player who subsequently lands on that space loses the hit points listed on the card, even if you had previously owned it. So just like the video game, players need to avoid getting stuck in (or on) the storm.

Once you run out of hit points, your out of the game. The last person left standing wins. The game itself has a lot of things the kids will relate to, whilst retaining concepts of Monopoly that the adults will appreciate. All up, it seems like a great way for the family to come together to play something that everyone can identify with and enjoy some quality bonding time. And just maybe, the kids can get their Fortnite fix without being glued to their device.