The Best Bike Parks And Trails For Kids In Brisbane 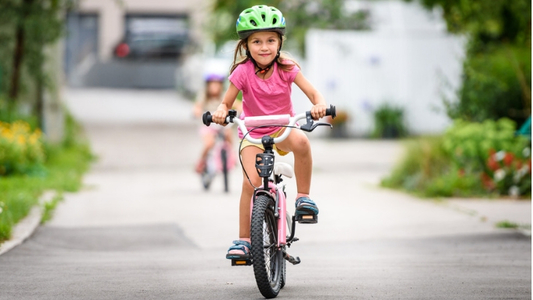 There’s nothing that tires the kids out and gives you a peaceful evening quite like hours spend riding their bikes or scooters. If you’re keen to get their bike skills going and spend some time outdoors, we’ve found six of the best parks and trails in Brisbane where you can head for a bike ride and a play at the playground – and why not pack a picnic to make a day of it?

Here are six of the best:

Timberland doesn’t so much have a bike path as a fully signed mini road system that kids can ride along on their bikes and scooters, while learning the road rules at the same time. The park also has a playground with a fort, climbing web and bridge, slides, infant swing and regular swing. While the kids are riding you can also use the gym equipment if you’re keen, or sit at one of the sheltered tables and have a quiet coffee.

The frog park, as its known to locals for its giant frog tongue slide, is a wonder of two joined playgrounds, with a bike track going around the outside. The bike track is more for little kids, with winding and undulating sections, so bigger kids might like to cut loose elsewhere. Also be aware the playground is right next to the river, so if you’ve got a wanderer, you’ll need to keep a close eye. But the park is great for parties, and has covered tables, barbecues, and gym equipment.

Bray Farm Park is a great spot for nature lovers, with the playground surrounded by native trees – home to some local koalas and kangaroos. There is plenty to climb and plenty to see, and the entire park has concrete paths weaving in and out all over, which is perfect for your little cyclist.

This nautical themed park is great fun for little kids, with slides, a climbing net and a play boat. There is also a concrete path, perfect for little ones to practice their bike riding, in a giant loop across the grassed area. Be aware, there isn’t much shade at this park, and there’s no public toilet, so – especially if you have little kids – plan accordingly.

Where: Corner of Griffin Road and Lionheart Crescent, Newport

Mulbeam Park has two great playgrounds, one with a transport theme for your little revheads, and the other a more traditional playground. There are also plenty of shelters, barbecues, and public toilets. Then all around the park is a massive network of concrete paths, perfect for bikes and scooters. This is a great place to settle in for a couple of hours – the kids will be exhausted.

Arthur Davis Park at Sandgate is a favouite for kids young and old, with a fantastic playground overlooking the foreshore. For the adventurers there are beautiful well established trees to climb and a concrete path to access the playground, which leads onto the foreshore path where you can scooter or ride for kilometres. We love this park for it's proximity to Sandgate fish and chips!

Where: Flinders Parade, on the foreshore, Sandgate 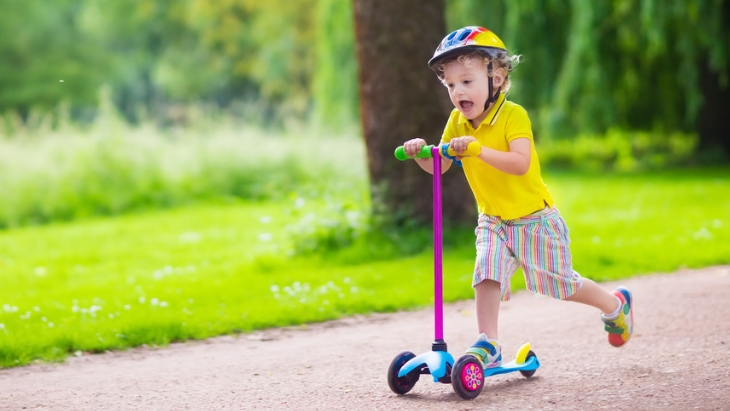