The Forest Kindergarten - Where Nature is the Classroom 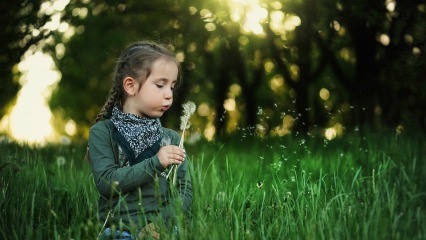 Climbing trees, jumping in muddy puddles and even handling tools and knives! It is the “Waldkindergarten” or “forest nursery” where children learn through play in nature.

In a world where children are increasingly cut off from the earth by iPads and devices, could this be the breath of fresh air our modern world needs?

Is nature the best classroom for children in early education? The idea of the forest classroom could be Germany’s next big export, with countries all over the world adopting this idea in backlash of the rampant technology, soft play areas and indoor ‘coddling’ in the name of safety that seems to rule most playgrounds and schools. And we're happy to report that this trend has taken off in NSW with new bush kindergartens popping up every year and delivering healthy nature play to active kids.

Looking For A Bush Kindy In NSW?

If you love the idea of letting your kids learn through nature play and getting more in touch with the earth, there are a number of bush schools and daycares in NSW that will do the trick. There's Allambie Bush Kindy, the Bush School Program at John Brotchie, Bush School Programs at Centennial Parklands, and Lane Cove Bush Kids to name a few.

Other Bush Kindys In Australia

Check out Bush Kinder in Victoria which was the first in Australia - where most of the day's activities take place outdoors, no matter the weather. Blackwood in South Australia followed suit with unstructured play for kids in the wild.

With 50 years of successful operation in northern Europe, will forest nurseries be the next big thing in early education?

Looking For Something More Traditional?

Without a doubt, please open one up in Sydney.

Absolutely!! My kids would love it

Sounds fun. I would send my 3yr old if theres one in sydney.!